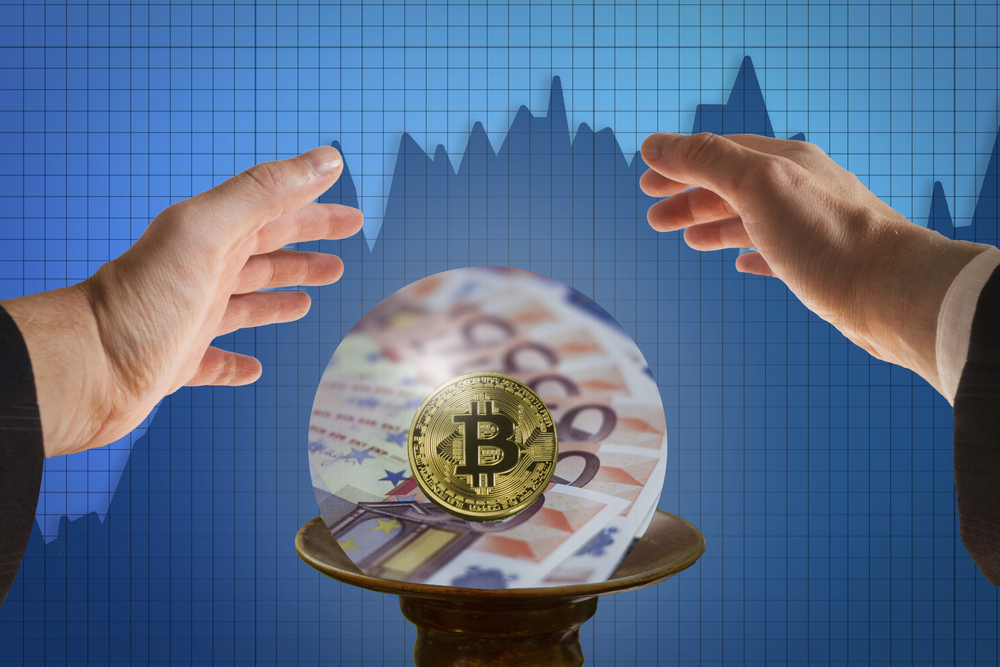 For some reason, Bitcoin (BTC) can cause either a love or hate reaction for many. But, in a certain sense, this doesn’t matter. Why?

Gradually, Bitcoin is gaining all of the features of a full-fledged asset or currency. This path continued with the Chicago Mercantile Exchange (CME) offering BTC Futures starting December 18th, 2017. What is happening with respect to BTC Futures?

It might go without saying, but assets have a value for a reason. You might wonder why stock and bond prices go up or down. Bitcoin had had a very slow gradual increase in its value since it was founded.

Then, suddenly that all changed in 2017. Why? Novices might not understand, but the listing of Bitcoin on the CME might have been the reason.

Bitcoin enjoyed a tenfold increase. It had gone from the catacomb shadows to the limelight. Now, anyone could treat Bitcoin like a financial asset.

There was an initial, symbolic jump in the value of Bitcoin at the end of 2017. How have traders treated Bitcoin? They have continued to show more interest in the cryptocurrency.

So, how have the Bitcoin asset futures fared?

Bitcoin Average Daily Volume (ADV) and Open Interest (OI) have increased quarter-by-quarter from 2017 to 2018. BTC Futures ADV has seen a 41% increase Q3 over Q2 with a 19% increase during the same time period. What does that mean?

It means that more traders are interested in opening futures contracts for Bitcoin. That is a good sign.

But, you might need to temper your enthusiasm with some consideration of the facts. You must remember that Bitcoin futures have not even traded for a year. Therefore, there is very little historical data that can be used for comparison.

Is it good that futures are available? Yes.

The fact that traders are buying and selling futures is a good sign. But, the dramatic increase is to be expected because you are starting from Ground Zero.

Also, notice that although Bitcoin hit a price high circa December 2017, it has lost about two-third of its value, since then. Therefore, the future’s contract blip might have already occurred.

The bad news is that the increase in the Bitcoin futures is at a slower rate than during the previous quarter. Bitcoin remains the standard bearer for the entire cryptocurrency industry. The CME only carries Bitcoin.

If Bitcoin is successful, then the CME might add other cryptocurrencies. But, the truth is that cryptocurrency exchanges have already gained some credibility, offering an alternative to the CME. Why has this taken place?

While the mainstream media, banks and businesses have certain key advantages, they might have lost a key opportunity with respect to cryptocurrencies. Nobody can see them as credible when they condemn Bitcoin publicly, while trading it privately.

The concept of a prime mover suggests that those who adopt something early on can lead the market. Was the CME, an early adopter of Bitcoin? No.

Bitcoin had been around for nearly a decade before the CME got involved. In the meantime, other cryptocurrencies have been created. Binary options trading platforms and cryptocurrency exchanges have arisen. The CME futures market is not an industry leader.

Having Bitcoin traded on the CME is beneficial, but is it a question of too little, too late? There are already many other ways that Bitcoin is traded. The CME might not be a leader of the pack.