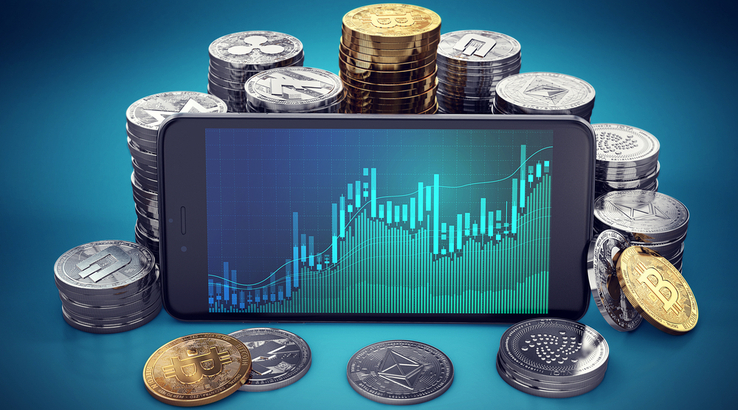 Samsung Just Made a Groundbreaking Commitment to Cryptocurrency

Tech-loving cryptocurrency enthusiasts—and those who love tech and may be interested in cryptocurrency—just received some exciting and unexpected news.

Samsung revealed that in addition to launching the Samsung Blockchain Wallet, they’ve decided to integrate their Galaxy S10 Plus devices with a built-in cyptocurrency wallet. This maneuver will effectively bring Bitcoin wallets to 10 million new users, and it marks a groundbreaking step towards making cryptocurrency as mainstream and widely utilized as traditional currency.

Perhaps the best part of this news is that users won’t have to download any additional software or programs to benefit from the ability to receive and send funds. To be sure, the hassle associated with selecting and using a reputable cryptocurrency wallet is precisely what’s dissuaded many intrigued individuals from doing so.

Likely in response to this point, Samsung has made the decision to integrate cryptocurrency wallets into their Samsung Pay application, which is a popular, easy-to-use, and trustworthy payment-processing and digital wallet platform. In this way, those who use Samsung Pay—it presently boasts more than 600,000 downloads on Google Play alone—can ultimately be introduced to the world of crypto.

Samsung marketing officials aren’t just looking at attracting cryptocurrency users in Asia and North America, either. On the contrary, comments made by senior marketing officials and product development professionals indicate that the company’s hope is that individuals in less financially stable parts of the world will be able to utilize no-strings-attached cryptocurrency banking. While almost five billion individuals own a cell phone, nearly two billion individuals still don’t have a bank account, and most of these individuals simply can’t access reliable brick-and-mortar financial facilities.

In short, besides being a game changer for Samsung’s traditional customers, this crypto news is a game changer for almost two billion people who don’t have reliable banking available to them. The economic benefits and advantages of this development will be worth following in the coming years—especially as other companies make cryptocurrency wallets part of their mobile offerings.

Nearly seven million users have downloaded and actively pay/receive payments with Samsung Pay, and this number is expected to grow in the future. Moreover, Samsung is the first major tech company to officially adopt cryptocurrency support as part of a core device package.

It’ll also be interesting to see the effect that this news has on consumers. Analysts seem to be divided in terms of how they believe Samsung Pay’s crypto wallet will affect users, the way payments are made, and sales. Specifically, some of these analysts believe that cryptocurrency lovers will purchase the Galaxy S10 Plus immediately, in large part because of its payment options; these analysts and some other experts believe that this interest will prompt additional consumers yet to explore the world of Bitcoin wallets—and Samsung products.

Others are skeptical that this news is anything besides a first step towards making cryptocurrency more mainstream.

However one looks at it, though, this crypto news is positive. Consumers don’t have to pay anything or suffer any inconvenience to use a Bitcoin wallet. There’s no telling where cryptocurrency and digital payment platforms will be in a decade, five years, and even one year.

Thanks for reading, and here’s to Samsung and cryptocurrency!